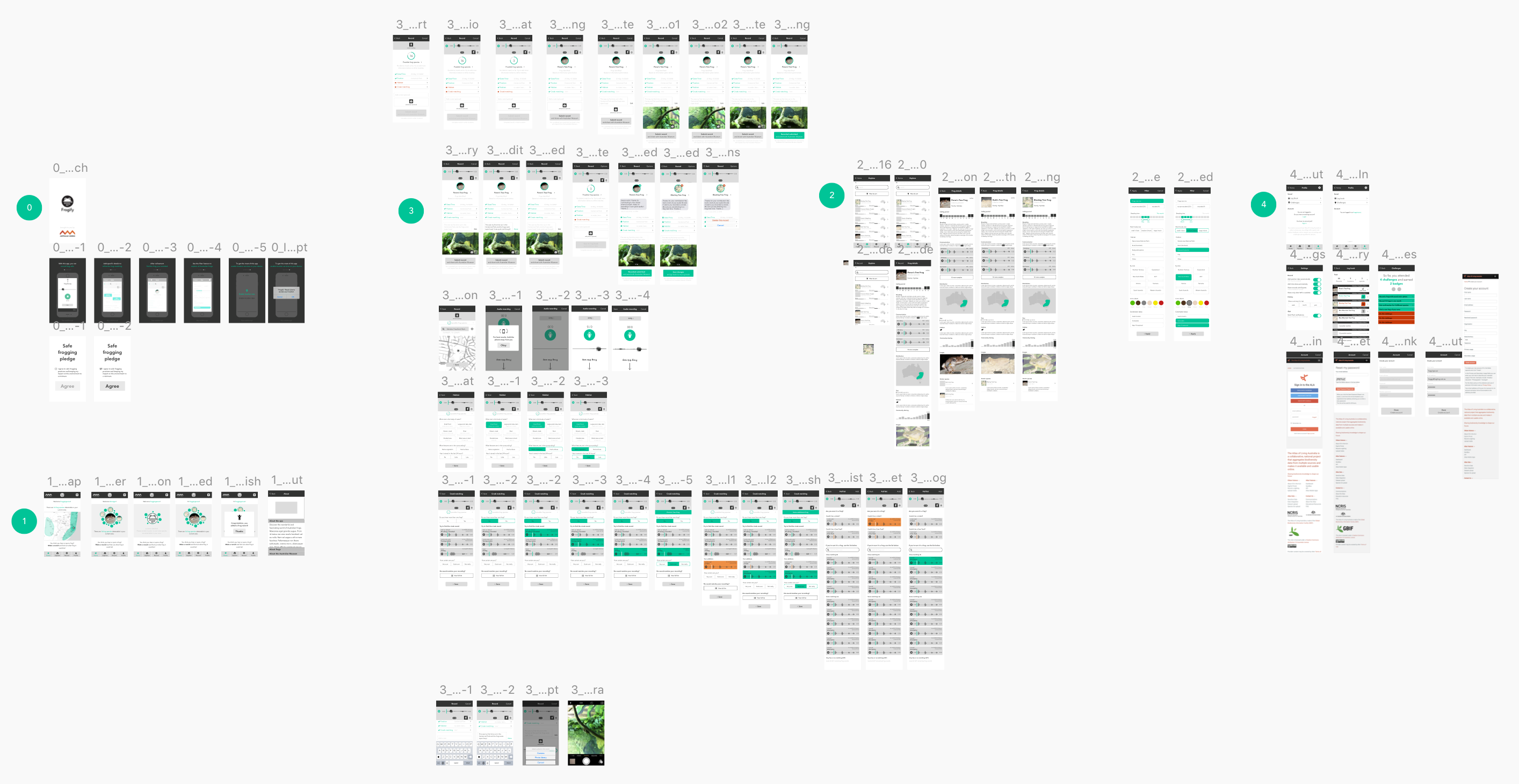 Overview of all 75 screens that make the wireframes

For the Australian Museum, Small Multiples did User Research, UX and Visual Design for the mobile app FrogID. The aim of the app is to give citizens the power to record frog sounds and share those with scientists at the Australian Museum. With this citizen science project populations of frogs can be captured and tracked over time.

Small Multiples took care of user research including creating personas, user scenarios, red routes, wireframes, user tests and finally the visual design. The app was planned to be developed by IBM. My involvement in this project was creating wireframes and conducting user tests. At the end there were a total of 75 screens that captured the entire experience. 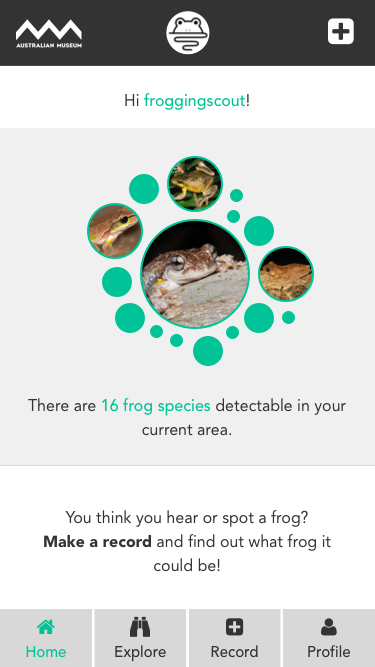 Interactive wireframe prototype showing
the process of recording a sound.

App design by Small Multiples: Me (Wireframes), Kurumi Hanson (Visual Design), Andrea Lau and Jack Zhao (Creative Direction). The app was developed by IBM. The design was altered by IBM during build.

This work was done for the Australian Museum as part of the FrogID project.

In 2019, we mapped all the records from FrogID.
View the frogs mapped out