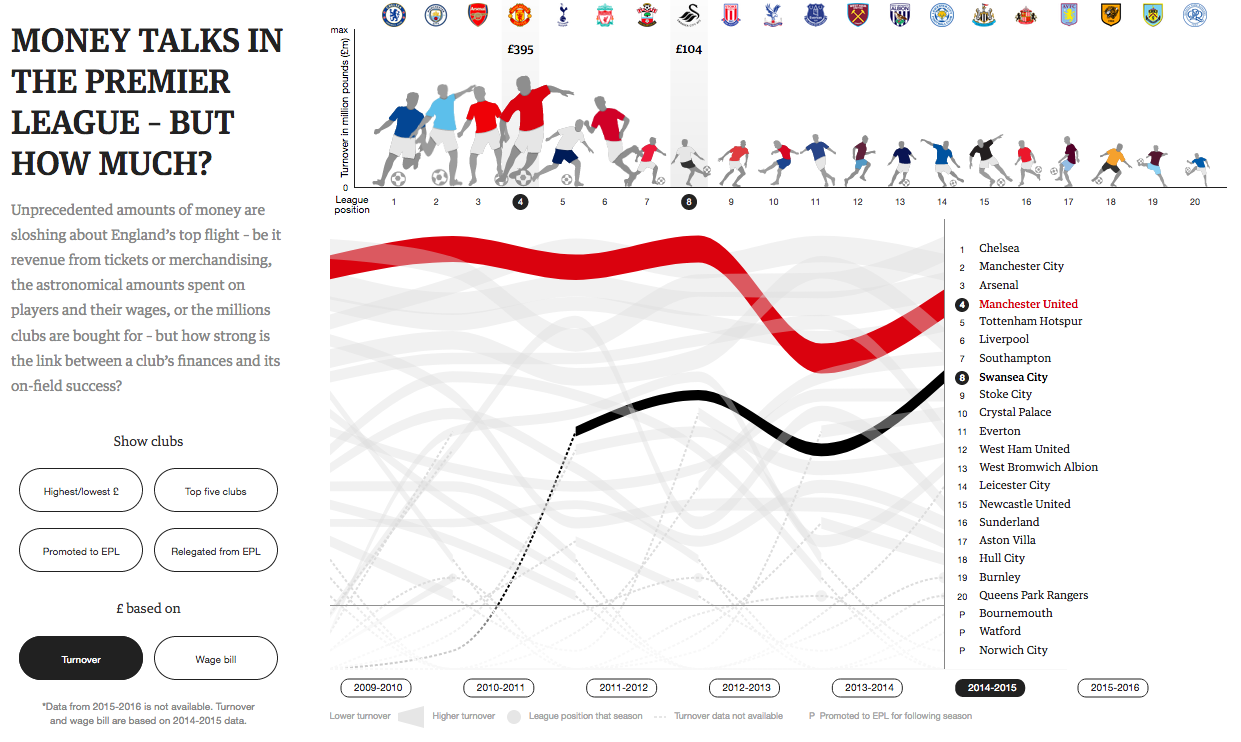 This interactive, which can be viewed on The Guardian, lets you explore the relationship between the finances of the English Premier League' clubs and their success. The interactive offers several views to explore relationships. A user can select one or multiple clubs, track clubs over several seasons, and toggle the encoding between turnover and wage bill. Smooth transitions assist the user in keeping track of what's happening when switching between years.

Animated intro in several steps explains the topic and encoding.

Several groupings are offered as shortcuts to guide exploration 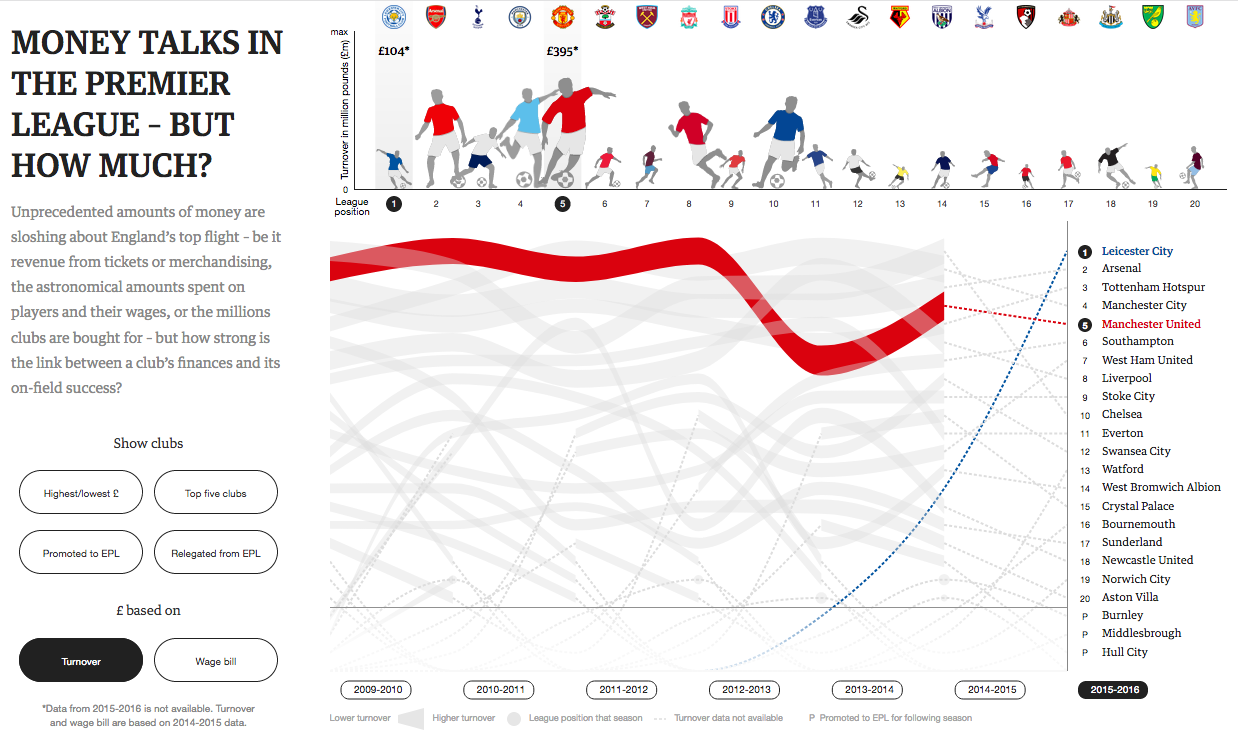 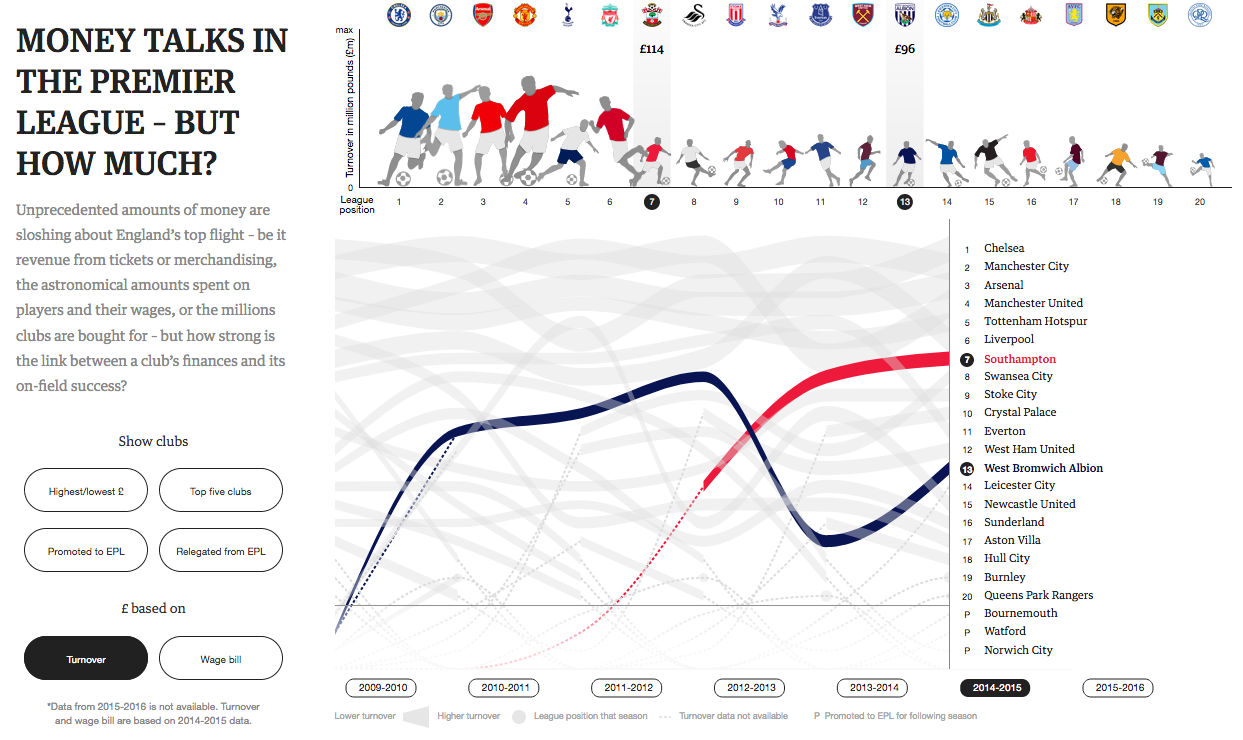 And it's mobile proof